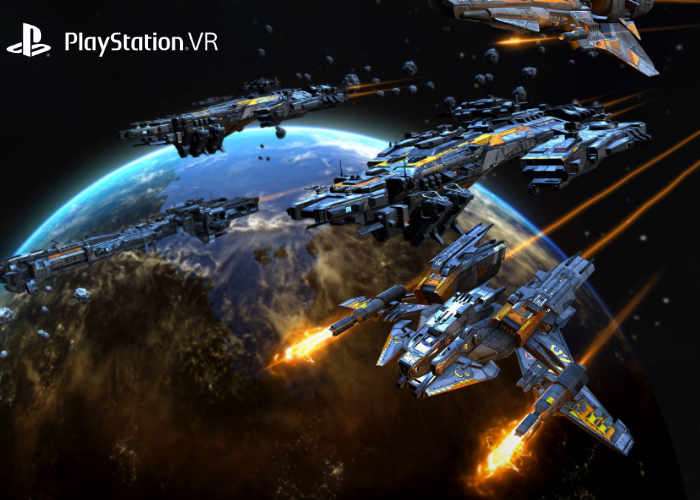 To whet your appetite and learn more about what you can expect from the space shooter which will be available for $20 and even more affordable for PS plus members, check out the PlayStation VR announcement trailer below.

As well as adding PlayStation VR optimisations and improvements the development team have also added even more enhancements for PS4 Pro owners, which include:

In a race to reach the distant, mysterious and resource-rich Tartarus Sector, the UTC has stretched its resources thin. Just as the UTC has almost cemented its foothold in the sector, the insurgent Tartarus Liberation Front has emerged, demanding autonomy for the Tartarus. Having infiltrated the UTC’s warp-gate network, the TLF has been using hit-and-run tactics to disrupt UTC supply lines and mining operations. These brazen raids have become increasingly frequent and now the TLF has its eyes set on acquiring the secrets of the Hyperluminal Drive.