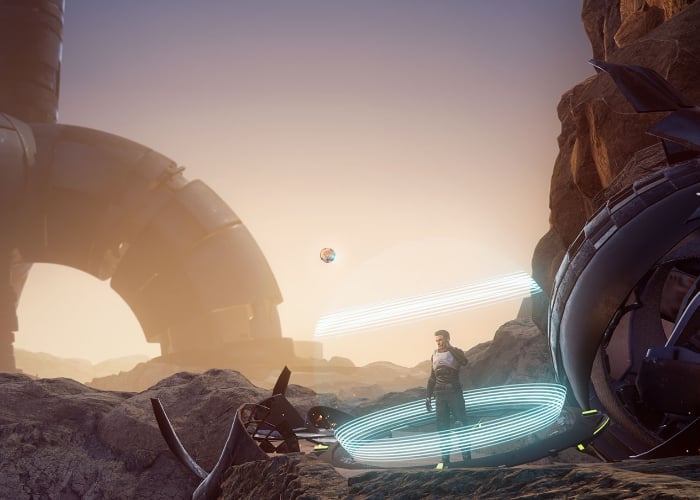 Developers Soul Pix will tomorrow launch their new PlayStation VR game on February 12th, 2019. The game has been previously available as a free demo and preorders opened a few months ago. Developed exclusively for the PlayStation VR platform Eden Tomorrow is a story-driven, sci-fi action-adventure, offering players components of exploration, action, drama and suspense.

Check out the release date announcement trailer below to learn more about what you can expect from a game and storyline “Imagine you crash-landed on an unknown planet, a completely different world. Amnesia has stolen your memories, you don’t know where you are, you don’t know who you are, and your only companion is a talking drone: Welcome to Eden Tomorrow!”

“It is a fantastic journey through an unknown world in Virtual Reality, taking the player on an odyssey full of suspense and mystery. The main characters of Eden Tomorrow are a duo of a human being plagued by amnesia and a drone that calls itself “Newton”, both with different powers and skills. They must work together to survive on this alien and hostile planet.
In the course of the game the player gets more and more indications as to what might have happened to human, Newton and this world.”