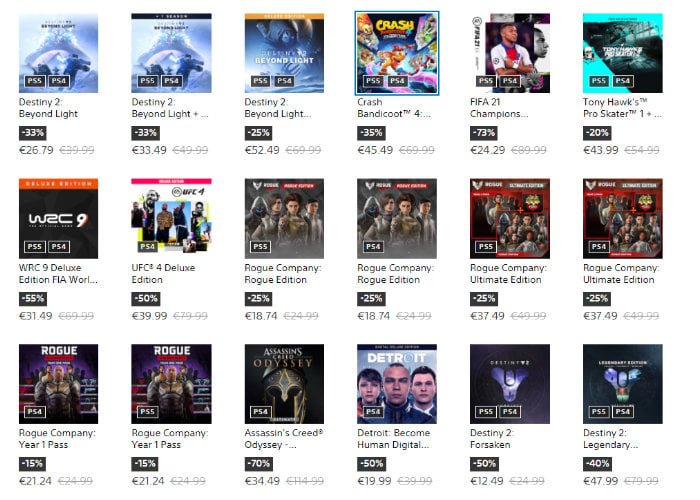 Sony has this week started a new PlayStation Store Extended Play sale promotion, running for two weeks from May 12th 2021 onwards . Offering PlayStation gamers, “deep discounts” on a variety of deluxe editions, which include not just the base game, but extra content such as campaign expansions, season passes and more. For a complete list of all the discounted games jump over to the official PlayStation blog where James Thivierge Associate Digital Promotions Manager for Sony PlayStation reveals the full list. Or you can directly jump over to the PlayStation store is dedicated page by following the link below.

The Destiny series is all on sale, FIFA 21‘s Championship Edition is 73% off, and discounts on all of Mortal Kombat 11‘s post-launch content are available. Extended Play promotion ends May 25 at 23.59pm local time.