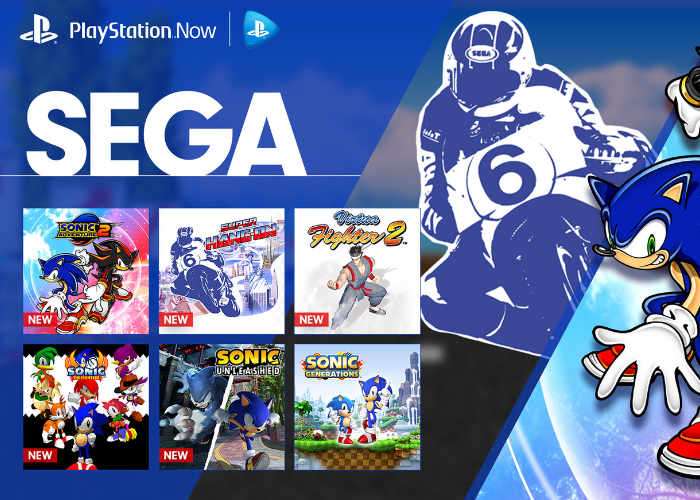 Sony has today announced the addition of 13 Sega games to its PlayStation Now line up offering a range of classics such as Revenge of Shinobi, Golden Axe, and Altered Beast, alongside Virtua Fighter to name a few.

All of which are now available to play on your PlayStation 4 or Windows PC. Check out the Sega and Sonic month of games in the promotional video below to learn more about the titles you can now enjoy if you are subscribed to PS Now.

Starting today, enjoy a range of classic Sega titles like Super Hang-on, Revenge of Shinobi, Golden Axe, and Altered Beast. We’re also adding some Sega fighting game classics like Virtua Fighter 2 and Fighting Vipers. And of course — Sonic. In addition to Sonic Generations which has been playable in the service for a while now, you can get even more of your favorite blue hedgehog with Sonic Adventure and Sonic Adventure 2, Sonic the Fighters, and Sonic Unleashed.

Here’s the full list of new games available as of today on PlayStation Now: