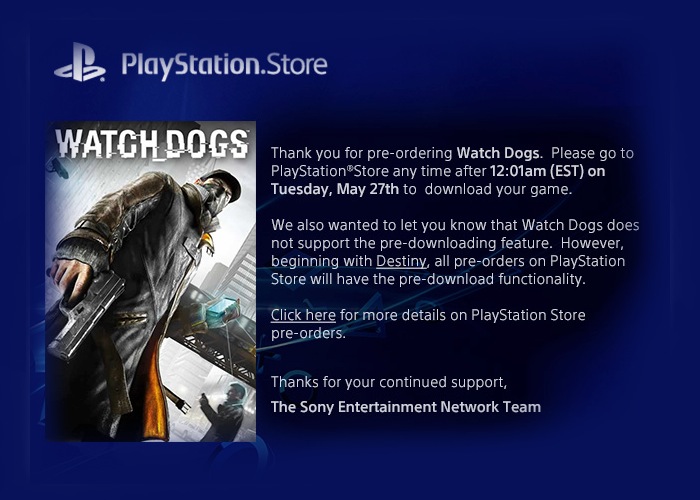 Sony’s new next-generation PlayStation 4 pre-loading feature that will be launched for the upcoming release of the new Bungie Destiny game launching later this week.

Sony has also announced this week that the new PS4 pre-lading features will also be available for all new upcoming games created for the Sony’s PlayStation 4 games console after the Destiny launch.

Unfortunately the new Watch Dogs game which is launching tomorrow will not be part of the new pre-downloading feature. However as soon as it is launched you will be able to then download it onto your console. But be prepared for a wait as many others around the world will also be doing the same.

If you are looking forward to the launch of the new PlayStation 4 Watch Dogs game you might also be interested in the new gameplay trailer which was released by the PlayStation Access website revealing just how large the open world gaming environment will be for players to enjoy.

The Watch Dogs game is an open world action-adventure with a world size comparable with GTA5, offering players a third-person shooter set in an open world recreation of Chicago, Illinois.