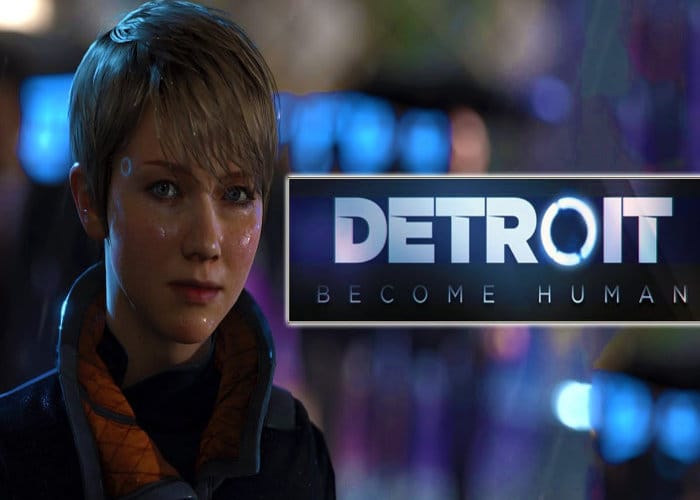 Sony has today announced that the PlayStation 4 exclusive Detroit Become Human, neo-noir thriller from Quantic Dream, the development team responsible for classics such as Heavy Rain and Beyond Two Souls, will be launching in a few months time on May 25th, 2018. Watch the trailer below which premiered at last year’s E3 2017 games conference to learn more about what you can expect from the storyline that covers the evolution of artificial intelligent robots and their integration into everyday society.

Studio director David Cage explains more about what you can expect from the narrative adventure, which has already caused a few controversies by depicting scenes of domestic abuse in the trailer. “This game may be seen as controversial as it explores a number of sensitive topics that some people may consider inappropriate or taboo for video games, but maybe this is the most fascinating aspect of Detroit.”-“We hope that it sparks some meaningful conversations and we’re looking forward to hearing what you think about it.”

Detroit Become Human has expanded on the from Quantic Dream’s technical demonstration Kara, which was first previewed back in 2012. Valorie Curry returns to reprise the title role in the new adventure which has been built using a new games engine to complement the game and the hundreds of actors cast to create the finished game. As more trailers are released to whet your appetite before the official launch in May 2018 we will keep you up-to-date as always.