A new Airplay wireless streaming system called the playGo AP1 has started its journey on the Kickstarter crowd funding site this week. The playGo AP1 has been designed to automatically connect with iOS devices on your home network without the need for additional apps or wires.

Creating an audio platform to transfer lossless audio from services such as iTunes, Pandora, Rhapsody, and Spotify. Watch the video after the jump to see it in action, and its creators Bicom take you through their new device. 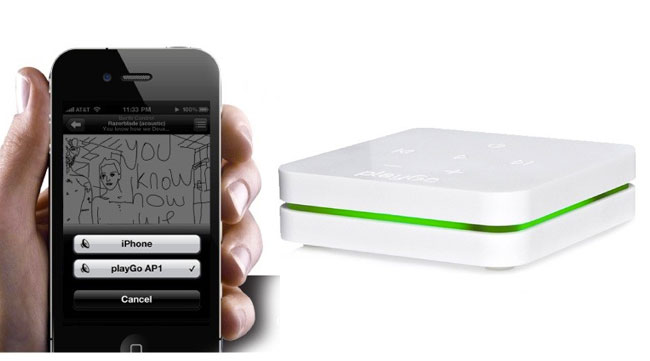 “Unlike Bluetooth wireless audio, the technology in the playGo AP1 supports lossless audio. This means the music is transferred bit-by-bit, preserving the original file format to recreate crisp sound quality. Additionally, playGo can be used to transmit audio from movies, TV, or games being viewed from an iOS device such as an iPad®, therefore enhancing the overall sound and media experience.”

A limited quantity of playGo AP1’s are available for a special early bird price on Kickstarter for $199, the playGo AP1 will retail for $275. So if you think playGo AP1 is something you could benefit from, jump over to the Kickstarter website now to make a pledge and help playGo AP1 become a reality.