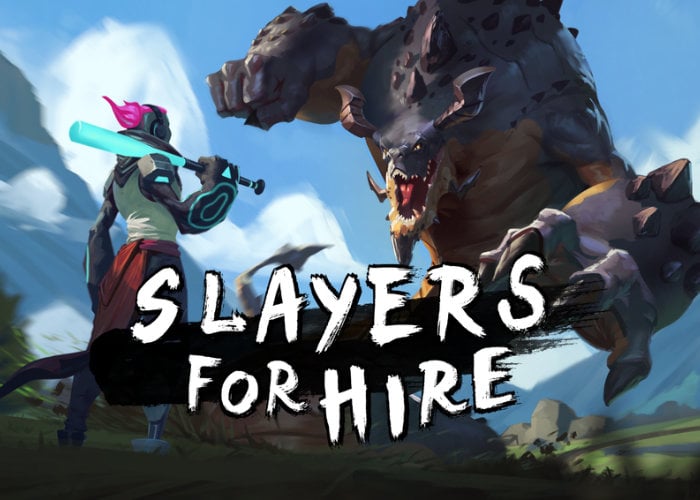 Indie game development studio Meta Games has taken to Kickstarter this month to raise the required funds needed to take their platform fighting game into production. The free to play platform fighter will be launched on PC with no loot boxes insight. Watch the video below to learn more about Slayers for Hire.

“SLAYERS FOR HIRE is our love letter to platform fighters and the people who play them. We’re making a fast-paced game with a colorful cast and a focus on movement, creativity, and self-expression. Our team ranges from very casual to very competitive, and our design goals reflect that spread as well. We’ve been working hard to make sure this is a game anyone can play and enjoy — from hour one through hour one-thousand. We’ve got two characters finished, playable now, but we need help completing the remaining four characters for our 1.0 launch. We need your help, Kickstarter! “

“We’ve got two characters playable, three stages, and local & online play. It’s a great snapshot of the foundation and potential of the game, so by all means try it for yourself. If you have any suggestions, we’re always open to feedback on the Discord! Game making is hard, no doubt about that. It’s taken more than I ever imagined to get to this point, and we’re talking about going much further than this. The biggest risk is timeline, really. I feel confident based on us already having finished the engine, two characters, and based on the experience of the team that we can complete the game at the budget we’ve set, but timeline is the hardest variable to account for. That said, we’ve been working on this for almost two years now, so our time estimates are based on our past output.”