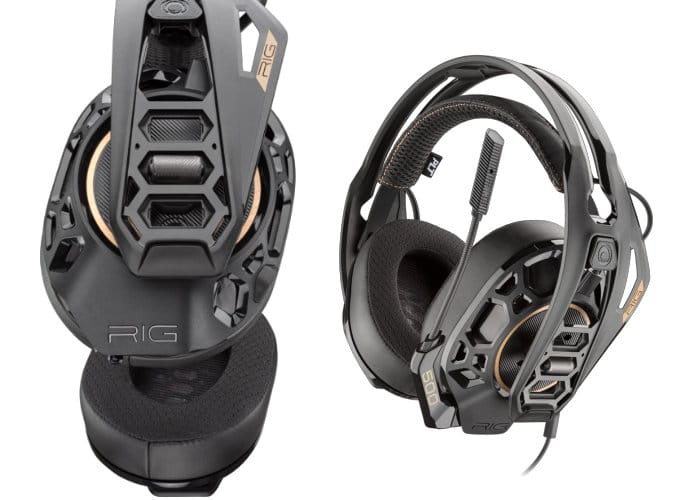 Plantronics has this week launched a new range of gaming headsets in the form of the Plantronics RIG 500 PRO Series designed for the Xbox One, PlayStation 4 and PC systems. Equipped with premium 50 mm drivers the gaming headset has been designed to provide a wide-range frequency response while dual-material ear cushions provide the combination of noise reduction and comfort full longer gaming sessions.

The PS4 and Xbox gaming headsets include the RIG Game Audio Dial, a 3.5 mm connector with integrated volume control for wireless game controllers, allowing gamers to easily adjust volume directly from the controller without lifting their hands to the headset. The PC version includes an in-line volume slider.

“The new RIG 500 PRO Series takes the innovative modular design of the RIG 500 to the next level,” said Jack Reynolds, director, Gaming Products, Plantronics. “And, it continues the impressive number of firsts we’ve brought to competitive gamers, including the first VR-focused headsets, Dolby Atmos activation and now, the RIG Game Audio Dial for Xbox One and PS4 wireless controllers.”

The Plantronics RIG 500 PRO Series for use with Xbox One, PlayStation 4 and Windows 10 are available now :