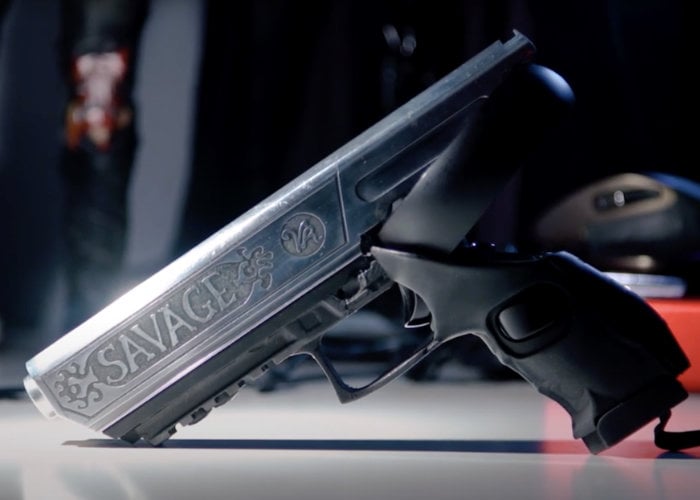 Adam Savage has shared his build process for creating a custom controller four is Oculus virtual reality system, to provide a heavier pistol style controller for playing the Pistol Whip game in VR. Watch the build process below reduces acid etching to create an awesome custom engraving on the aluminium barrel.

“Adam can’t get enough of the VR game Pistol Whip (aka leg day for working out in VR) and builds a custom machined aluminum mount for his Oculus Quest controller to add some heft to the gameplay. It’s also a chance for Adam to apply acid etching to metal, and Adam enlists Jen Schacter’s help in cutting out the vinyl mask for that process. “

“Pistol Whip is an unstoppable action-rhythm FPS inspired by John Wick and Equilibrium. Journey through a cinematic bullet hell powered by a breakneck soundtrack to become the ultimate action hero legend.”