The pink Samsung Galaxy S II shares the same specifications as the original device, which include a 4.3inch touchscreen display with a resolution of 800 x 480 pixels. 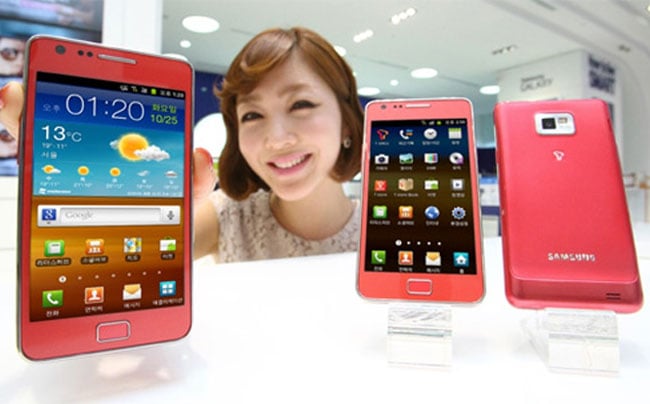 Processing is provided  by a dual core 1.2GHz processor and it comes with a choice of 16GB or 32GB of built in storage, plus a microSD card slot that can take up to 32GB cards.

The Samsung Galaxy S II also comes with an 8 megapixel camera with auto focus and an LED flash, the camera is capable of capturing full High Definition video in 1080p at 30 frames per second,  up front there is a 2 megapixel camera for video chat.

The two retailers who have the device available for pre-order in the UK are Very.co.uk and Phones4u.