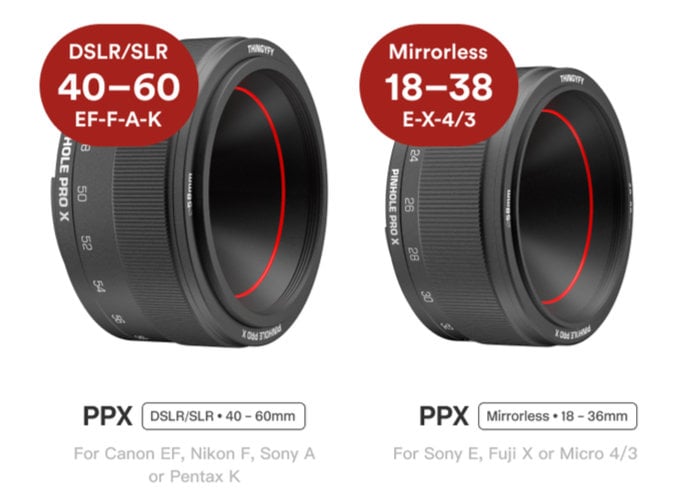 The team at Thingyfy has created a new pinhole camera lens in the form of the Pinhole Pro X 18-36mm, offering a pinhole zoom lens for both video and photography. The 18–36mm zoom, Pinhole Pro X series camera lens is the latest addition to the Pinhole Pro lineup and has been launched via Kickstarter this month and has already raised its required pledge goal thanks to over 230 backers with still 55 days remaining on its campaign.

Pledges are available from $41 or roughly £34 offering early bird backers up to 30% off the recommended retail price. Watch the demonstration video below to learn more about the cinematography pinhole lens with dynamic focal length. “Following the huge success of the Pinhole Pro and Pinhole Pro S Series, we were super excited to debut our latest Pinhole prime lens addition – Pinhole Pro X at the The Photography Show in the UK. Pinhole Pro X 18-36mm is the world’s first ever pinhole zoom lens, bolstering our line-up of professional pinhole primes, designed specifically for video production and art photography.”

Sporting a full aluminium body, the precision built camera lens allows for additional creativity to your photography and videography offering a two times zoom on the 18-36mm lens. “Never before, is professional pinhole motion pictures so easy and achievable. The vivid yet stunningly unique look of the pinhole cinema is something that’s simply non-reproducible by digital.“ For a complete list of all available pledge options jump over to the official Kickstarter campaign page by following the link below.