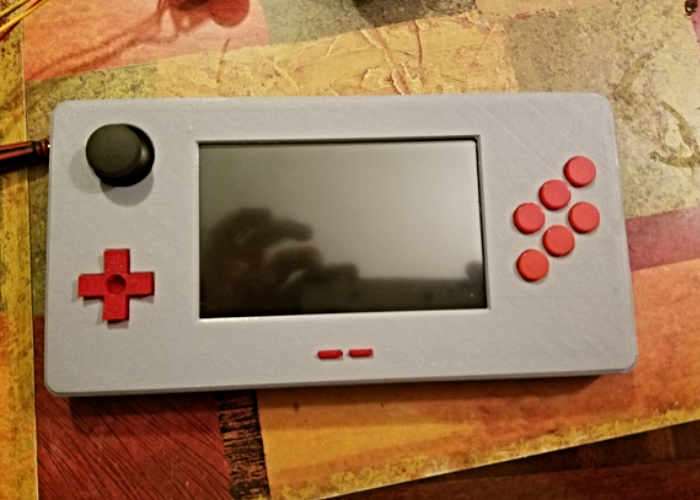 A new DIY handheld games console has been constructed by Thingiverse member miniarcademachines which has been inspired by the Sega Game Gear and builds on the previously available 2.8 inch version.

The latest design incorporates a 5 inch display and is powered by a Raspberry Pi 3 combined with an audio amplifier, 2500mAh battery and 16GB of storage.

miniarcademachines explains more about the latest design, which is now available to download via the Thingiverse website by following the link below.

This version is an expansion on the 2.8 inch version. The internal components besides the screen are the same. The added features on this one are that you have an external usb to connect a keyboard, or joystick to, and there is enough space to use 2 cylinder batteries to maximize play time. This design was inspired by the Sega Game Gear, and closely matches its size in both overall dimensions, and screen size.

The idea was to make a better version of the pigrrl 2 that was so uncomfortable to hold. The improvements are that it has increased battery capacity, available hdmi, and eliminated the awful speaker hum that the pigrrl 2 had. This design incorporates a teensy for the controls so you have true analog for the joystick instead of just a dpad function like other projects. basically i took all the features i liked from other projects, took out the ones i didnt, and added what i thought should be there. I look forward to more designs in the future, and i hope that this one being released freely increases the interest in it.