It turns out this was a fake, photoshop job.

With the anticipated launch of the next iPhone just need week there has been a lot of speculation about the new model that Apple will unveil.

They guys over at CrunchGear have managed to scoop some spy shots of the new upgraded iPhone.

The new iPhone is slightly thinner than the current model, and features stero speakers on the back. 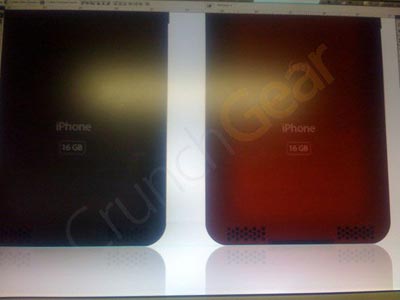 The most interesting feature though is that there is also a camera on the front as well as the back, which means you will be able to make video calls to your friends. 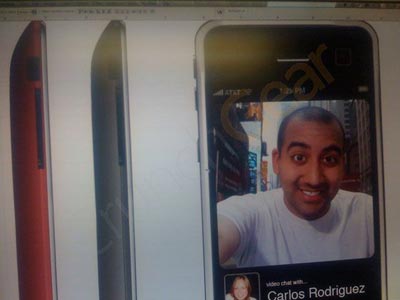 Video just became a little more fun. Start a real time video chat with other AT&T subscribers via 3G networking, or with iChat buddies via WiFi. The video calling revolution has begun.

From the photos it looks pretty cool, I just hope that the pricing is a little better than the first model, as I bought mine last November when they were released for £269.00.