A new prototype pico projector device has been created for smartphones that allows you to be able to engage in interactive phone calls with another person.

The device projects a screen roughly twice the size of two tablet screens on to a desktop and allows you to control items on it while taking to another person also using the same device. Allowing you to open and drag-and-drop files and interact with the other person. Watch the video after the jump to see the new pico projector equipped smartphone in action. 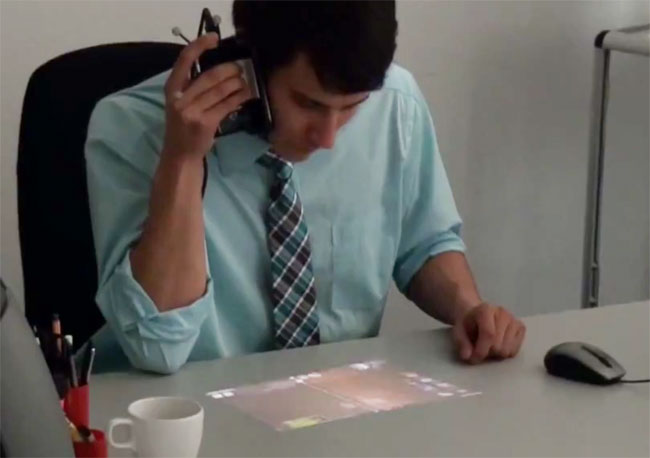 The new prototype has been developed by researches at the University of Duisburg-Essen in Germany who developed it for synchronous collaboration during phone calls.