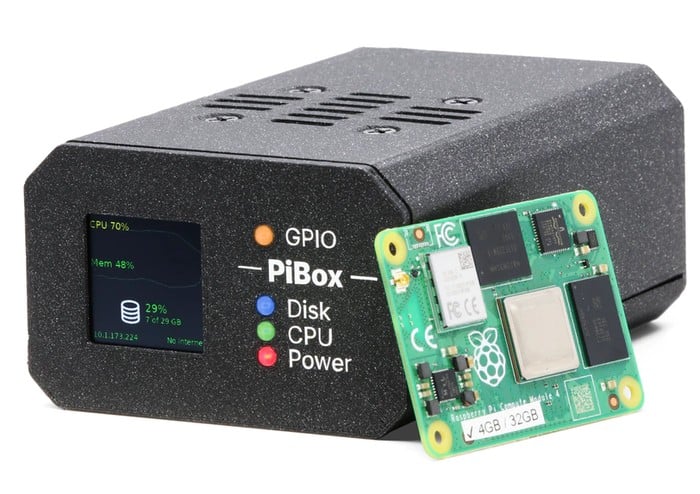 Raspberry Pi enthusiasts may be interested in a new modular Raspberry Pi storage server created by the team at Kubesail based in San Francisco. Designed to provide you with a dual drive Raspberry Pi SATA NAS the storage system is powered by the Raspberry Pi Compute Module 4 the system has been engineered for running self hosted applications at your home office 24-hour is a day 7 days a week with a tiny power requirements. Storage in the system is modular and allows you to easily add two SATA compatible SSDs of your choice. Early bird pledges are now available for the recently launched project from roughly $100 or £73 (depending on current exchange rates).

“The Raspberry Pi Compute Module 4 is at the core of PiBox. Our standard bundle includes 8GB of RAM, 8GB of built-in storage, and WiFi. If you pick the hacker bundle reward (i.e. carrier boards only), you will need to supply your own CM4, which is available in 32 variants, with a range of RAM, eMMC Flash, and WiFi options. A Micro SD card slot is present on the PiBox boards, so you are able to use the “Lite” variants without onboard storage.”

“Replace expensive cloud bills with PiBox. PiBox lets you easily migrate from Google Photos to PhotoPrism, or from DropBox to Nextcloud, and many more. Pibox runs new self-hosted applications at the click of a button. With a Raspberry Pi at the core, PiBox is the most hackable NAS on the market. We broke out the GPIO pins so you can wire up sensors and Pi HATs, and even included a header for 2 extra USB ports in case you want to install it in a larger case. On the front panel, there’s a user-controllable RGB LED and a 1.3″ LCD that you can use for displaying any information you want.” 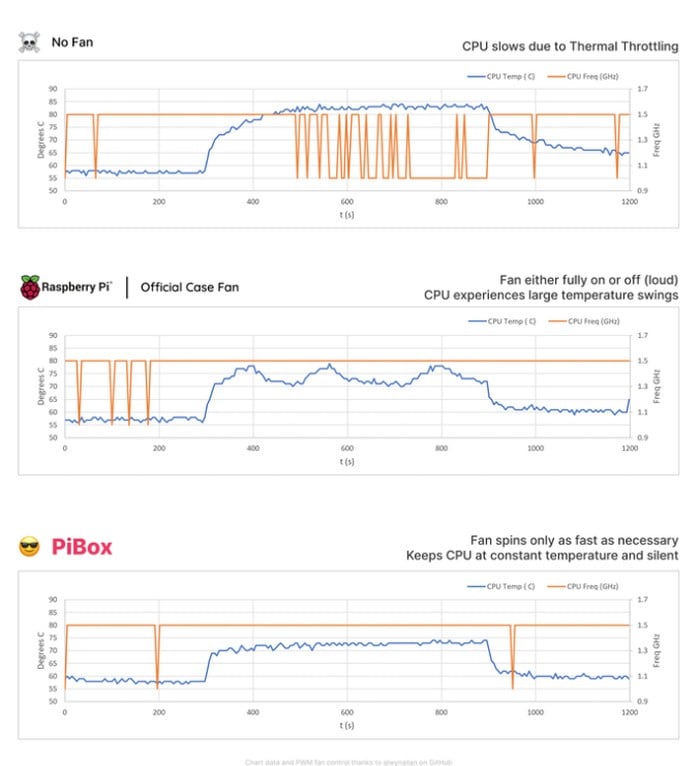 “We built KubeSail in order to make it easy to self-host apps, wherever they live. We ship KubeSail software with PiBox and hope you enjoy it, but you are never locked in or forced to use it. PiBox is deeply rooted in an open ecosystem and we have instructions on how to flash your PiBox from scratch if you enjoy tinkering! By default, the front of PiBox shows important stats about your PiBox. You can customize the screen to show anything else, such as the Weather, Tweets, or even your favorite cat GIFs. The top indicator is a tri-color RGB LED, wired to three separate GPIO pins of the Raspberry Pi, so its easy to customize. Install some software that takes advantage of these features, or write your own!”

For a complete list of all available campaign pledges, stretch goals, extra media and engineering specifications for the Raspberry Pi NAS, jump over to the official Kubesail PiBox crowd funding campaign page by following the link below.