Some photos have appeared online of what appears to be Apple’s first prototype iPad, the device was apparently developed some time between 2002 and 2004, making the device around 8 to 10 years old, the original photo was discovered by Network World.

The photo below shows the original prototype iPad next to the iPad 2, and as you can see the prototype is considerably larger than the iPad that was released by Apple. 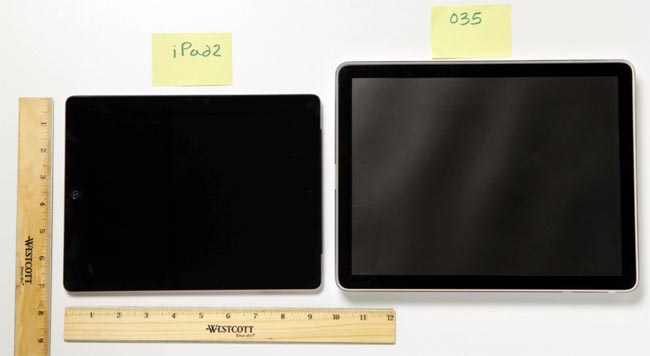 The device apparently has a 12 inch display, and as you can see from the next photo it is quite a bit thicker than the existing iPad 2, the device is nearly an inch thick.

Apple obviously spent considerable time developing the iPad from this prototype until it was released, if this device was from 2004, then Apple spent the next six years refining it before launching the first iPad in 2010.