Backers of the Phonejoy smartphone games controller which made the jump from concept to manufacture after a successful Kickstarter crowd funding campaign, will be pleased to learn that Phonejoy has now finally started shipping controllers to the original Kickstarter backers.

If you missed out on the Kickstarter campaign and fancy purchasing a Phonejoy smartphone controller for yourself they are now available to preorder for £42.20 or $69.90. 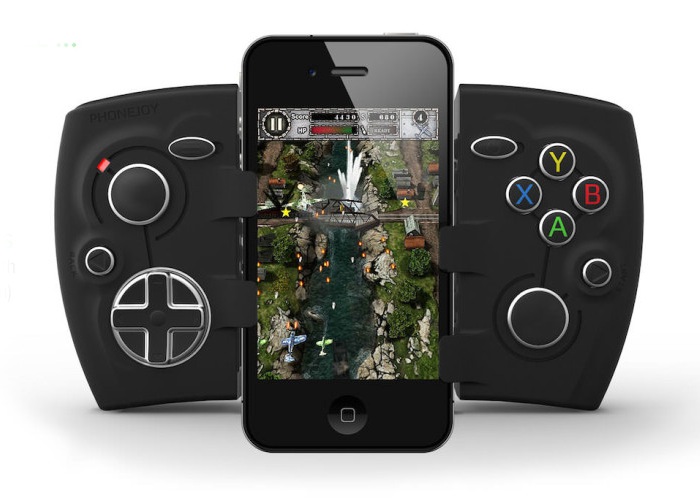 The Phonejoy can be used to play games in either landscape or portrait orientation and has been designed to fit almost any smartphone currently on the market using its Easy Slider mechanism. 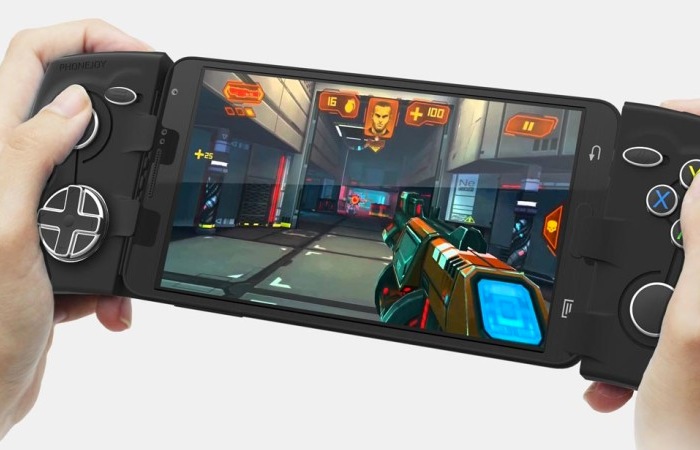 Unfortunately for the original Kickstarter backers, they have been waiting more than a year to receive their Phonejoy controller which is compatible with both Android and iOS devices and is capable of even accepting a Nexus 7 tablet in portrait orientation.

The Phonejoy has been designed to connect to your smartphone using Bluetooth connectivity and can be used up to a distance of 30 feet from your device, just in case you would like to mirror your smartphone screen onto your large screen HDTV. For more information on the new Phonejoy smartphone controller jump over to the Phonejoy website for details.