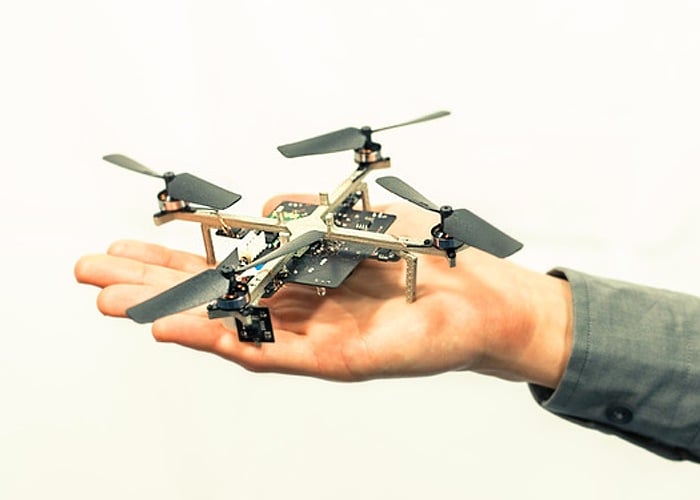 If you are in the market for an new style of remote control drone, the intelligent interactive and programmable drone called Phenox created by frtr based in Tokyo, Japan, might be worth more investigation.

The Phenox drone is fitted with onboard front-camera, bottom-camera and microphone, has has been created to interact with your voice and movement and can be controlled without the need for a controller. Watch the video after the jump to learn more about the Pheonx drone project and see it in action.

The Phenox interactive drone has been specifically designed to provide users with a platform for flying applications that almost anyone is capable of creating and using. Its creators explain:

“We uniquely developed “intelligent self-control system (ISCS)” for Phenox. ISCS enables Phenox to hover stably without any ground stations. With this technology, it remains quite small – almost fits in your hand. This is the world-first successful quadcopter realizing both this smallness and full autonomy within the system in small body.

The software system of Phenox is designed based on Linux platform. You don’t need any special develoment environment, only edit program in SD-card and reboot. Following softwares are already in installed in the file system – OpenCV (open-source library for computer vision), Julius (open-source engine for voice recognition).”

This month the creators of the Phenox have launched a new Kickstarter campaign looking to raise $5000 to help progress their concept from design into manufacture. So if you think Phenox is something you could benefit from, visit the Kickstarter website now to make a pledge and help Phenox become a reality.