I watched CSI for years and never noticed their equipment in the lab having iPod docks on it, but I guess that’s where that annoying tune from “The Who” comes from. A company called Life Technologies has unveiled a new genome machine that it has dubbed The Personal Genome Machine. It’s not personal as in you can get it for your house; it’s actually made for research. 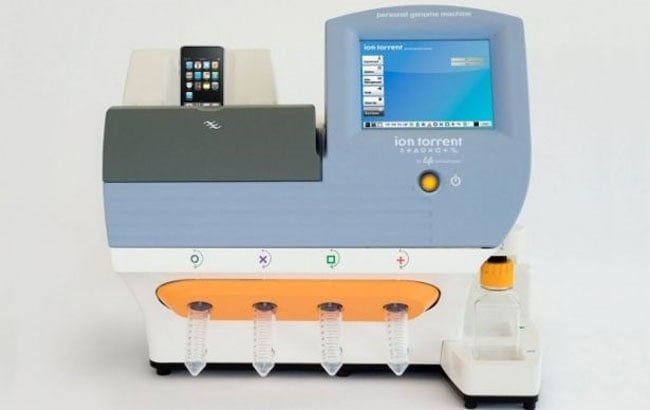 The thing is small for a genome machine at about the size of a printer and it weighs 65 pounds. It uses a touch screen interface for testing and promises to give results in a few hours time. It has some cool tech inside that claims to be a first.

The machine uses semiconductor sensors to measures hydrogen ions produced during DNA replication allowing the machine to directly translate genetic information into digital information. I have no idea what most of that means I skipped a lot of classes in college, if you are a genetic researcher feel free to explain this thing a bit.