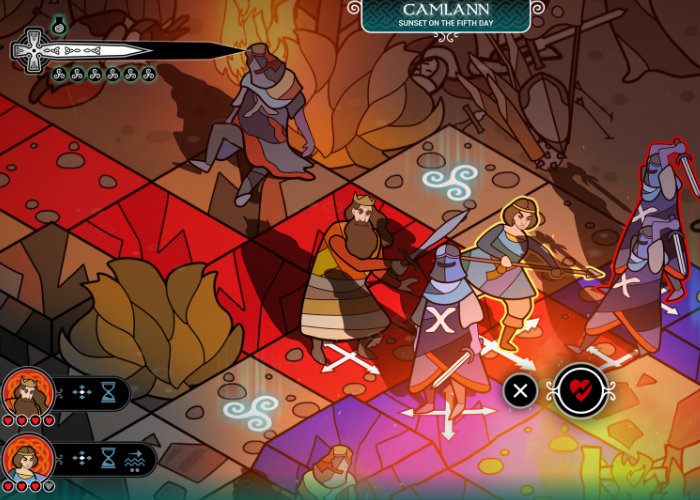 A new turn-based strategy game called Pendragon as been created by indie developer and publisher inkle, is preparing to launch later this month via Steam and GOG. Every move you make drives the narrative, and every story twist opens new gameplay opportunities says it development team.

Pendragon will be officially launching on PC unavailable to play from September 22nd 2020 onwards. “AD 673. Camelot has fallen. The Round Table must rally to save King Arthur. Narrative strategy game from the creators of 80 DAYS, with elegant tactics and a unique, dynamic story every time you replay.”

“Rally the Knights of the Round Table. Some will make it to Camlann and King Arthur. Others will fall. But every turn will change history. Will Sir Lancelot be reunited with Queen Guinevere? Will she spurn him, or embrace him? Will Sir Kay ever forgive Sir Gawaine for siding with Sir Mordred? Can Morgana le Fay be trusted? Where is Merlyn? Who lies buried in Mordred’s graveyard? Who is the archer in the woods? What has become of Excalibur? Secrets will be uncovered. Hearts will be broken. People will die. But maybe, just maybe, King Arthur can be saved…”