If you are experiencing some strange lag issues on your PC copy of Call of Duty: Black Ops dont worry your not alone.

Treyarch have not issued any confirmation that there is a problem but more evidence is mounting as more and more PC users of the game experience problems. The screen grab below shows the game using 85% of a user’s CPU power. Watch a video after jump to see the effects. 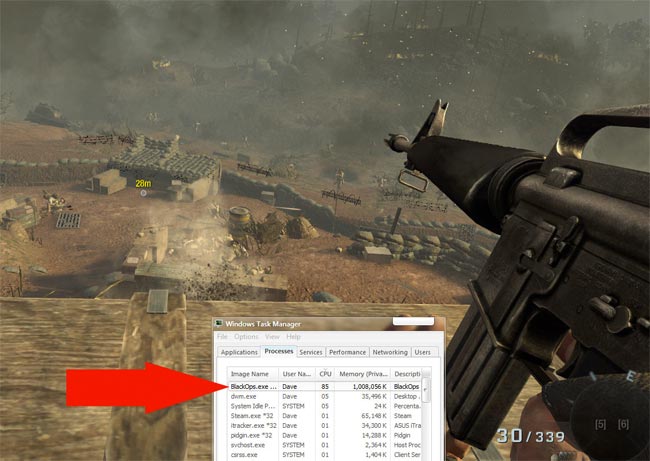 Users are stating that the lag problems are existing is strange situations and have nothing to do with hardware configs. For example in furious fire fighting the game the gameplay will stay fluid but in slow parts of the game the lag kicks in.