At CES 2013 which is running this week from January 8th -11th, Intel, Plastic Logic and Queen’s University have unveiled a new flexible E-paper touchscreen tablet concept in the form of the PaperTab.

The new flexible touchscreen tablet is equipped with a 10.7 inch e-paper touchscreen, which is powered by a Sandy Bridge Core i5 processor. Watch the video after the jump to learn more about the PaperTab project and see it in action. 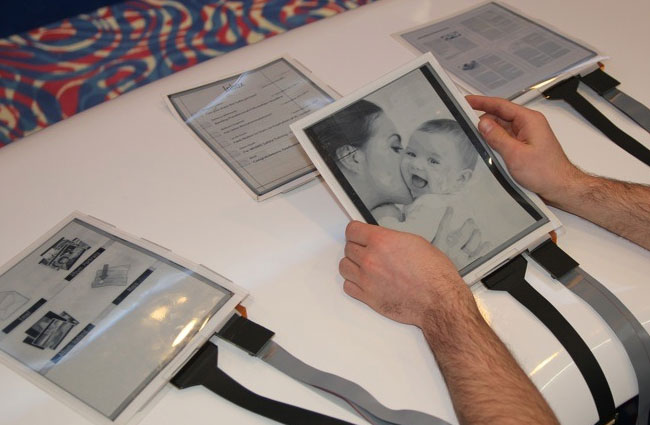 The PaperTab has also been designed to work with other PaperTab devices, joining together to create a shared working environment. At the moment the PaperTab is still under development and the prototype on show is a proof of concept prototype rather than a finished production ready devices. But as soon as information comes to light we will keep you updated as always.