Artist Travis Betz has revealed his coercion of the trailer for the latest Ridley Scott film released this month, Prometheus. The trailer took Betz over a month to create entirely from paper and includes plenty of awesome low tech special effects. Watch the video after the jump to see it the papercraft Prometheus trailer in action. 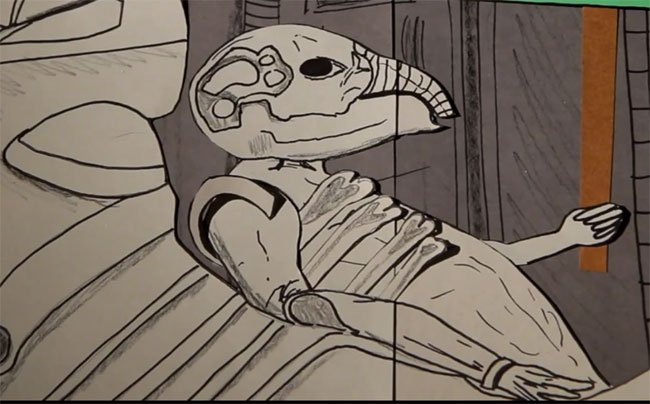 Directed, Edited and Construction Papered by Travis Betz a.k.a. The Receptionist. Betz explains:

“Special Thanks to Ridley Scott for the movie Alien, which continues to inspire me to this day. It remains one of my favorite films. When I first saw the trailer for Prometheus I knew I wanted to play in that world…so I did.” Both the paper craft and original version sare below for you to compare. Enjoy!