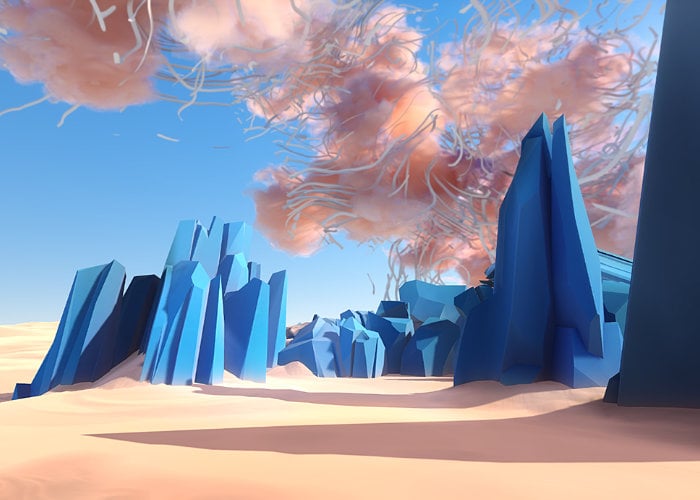 PlayStation VR gamers patiently waiting for the arrival of the new Paper Beast game offering a surreal wildlife simulation from the creator behind cult classic platformer Another World launch back in 1991. Will be pleased to know that a gameplay trailer has been released today as well as confirmation that Paper Beast will be launching in Q1 2020

“Somewhere hidden in the vast memory of data servers, an ecosystem is born, Paper Beast. As the first explorer of this virgin land, explore a world inhabited with endearing paper creatures. Interact with quirky animals and shape the environment to overcome obstacles and solve challenging puzzles. Unravel the deepening mysteries of Paper Beast in this unique VR odyssey.”

Features of the PSVR Paper Beast game include :

– Explore a dreamlike universe as you embark on a VR adventure filled with discovery.
– Encounter intelligent wildlife and watch them adapt their behaviour to the player’s actions.
– Establish meaningful connections with them as they guide you through the mysterious world of Paper Beast.
– Solve environmental puzzles by playing with the elements and the terrain: water, ice, sand…
– From the creative mind of renowned game designer Eric Chahi (Another World, Heart of Darkness, From Dust).
– A full ecosystem set in a living, breathing dynamic virtual universe.
– An organic origami art style captures the world of Paper Beast.
– An extensive physic simulation system lies at the core of Paper Beast, powering everything from creature locomotion to terrain deformation, playing an active part in many of the puzzles adventures encountered.
– Immersive ambient OST by Roly Porter and TsuShiMaMire making full use of a binaural audio direction.