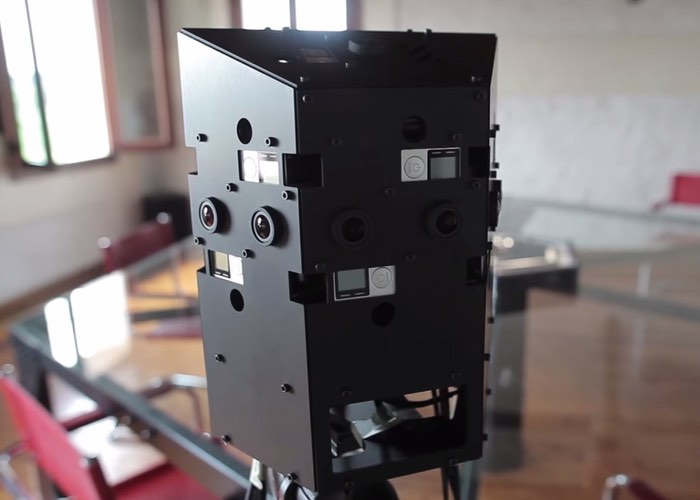 Panoptikon is equipped with 14 GoPro cameras that are all linked together to combine the footage from all angles to create the VR content.

The development team have created their own manual stitching system that provides a far higher quality final result and a downloadable file has been created that can be download here via Dropbox.

The VR footage can then be viewed on VR headsets and has been optimised for the Samsung GearVR and Oculus Rift Devkit 2 hardware.