We originally reported on the Pandora Handheld Linux console back in April 2008. Well the pocket Linux console shipped its first 1,000 devices that have all sold out.

You may think wow, 1,000 devices big deal, but dont forget this console has been developed by hobbyists not a fat cat corporation. Measuring only 83mm x 140mm its the most powerful gaming handheld there is. 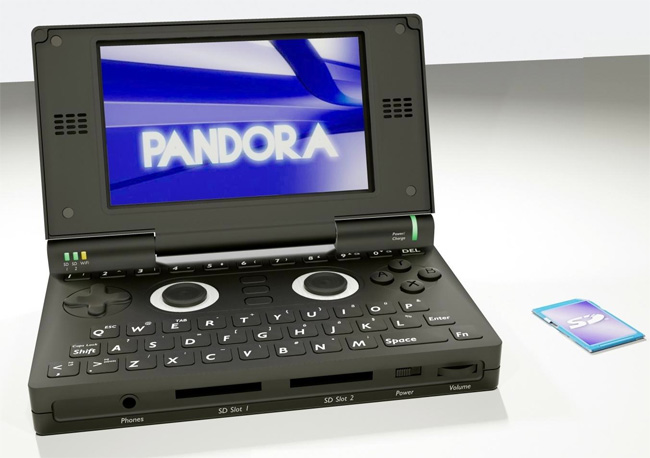 The Pandora is a mini computer designed to run on 8-bit and 16-bit gaming emulators and retails for $350.

If you are interested owning your own another 3,000 devices are currently in production and will be arriving shortly. But dont delay get your name on the order list now.