Four years ago a project was started to create Pandora, an open source Linux based handheld gaming console, powered by an ARM processor. Now after a long development process and funding to the tune of around half a million Euros from dedicated fans of the Pandora console, its now available to pre-order.

The specifications of  the Pandora console haven’t really changed much since the project started, so a handheld gaming device that was at the top of the curve regards specifications four years ago, is now looking a little more down to earth. The Pandora does still pack in some great features though that are not available on other handheld gaming consoles. 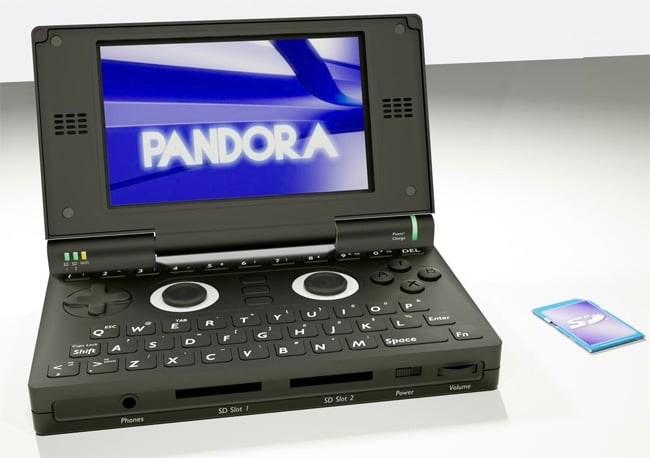 Including a full QWERTY keyboard, SDHC card slots, USB host capabilities, composite and S-video TV output. The specification of the device include a 800 x 480 pixel display, powered by a 600 MHz TI OMAP 3550 processor, supported by 110 MHz PowerVR SGX530 graphics, 512MB of RAM, and 512MB of storage. Watch the video below to see the first prototypes in a production run in Germany, at Global Components.