If you ever had your hair done someplace, this new ‘washing robot’ isn’t an exotic surprise. That’s the problem with robotics these days. The technology is available for programming complex tasks, but the machines that perform them look like appliances. Hasn’t Star Wars taught humankind anything? 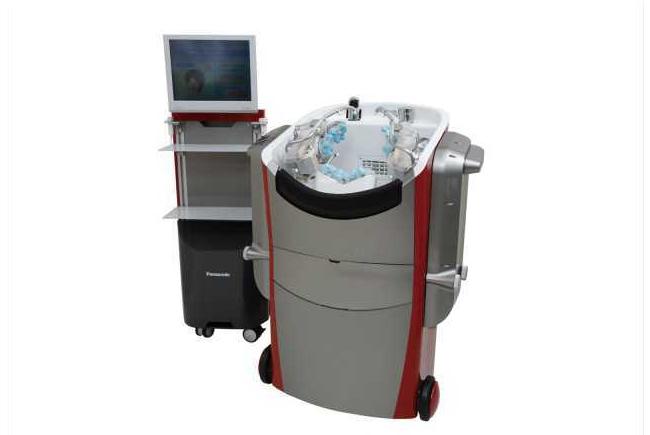 Anyway, during a recent electronics fair called CEATEC 2011, Panasonic outed its latest robot that specializes in cleaning human hair. Though it performs a series of complex actions without a hitch, it hardly qualifies as a robot judging by our modern perception. Ah marketing, what a difficult science you are.

If this news strikes you as a bit familiar, here’s a memory jogger. Panasonic is one of the few major technology companies that invests a lot on hair-washing robots. Remember this? They should, considering how Japan’s rapidly graying population (same as China) suggests a huge market in the healthcare sector in the coming years.

The difference from the former model is a broader focus on the new machine’s hair washing capabilities.

An utterly fascinating video awaits down south. They should test it on a human!