With Japan’s elderly population growing and growing with no commensurate rise among the younger set, such a demographic is pushing indigenous electronics giants to innovate. Panasonic has been ahead of the pack lately and retains its place with this new system for elderly care. We call it a “system” because aside form the hair-washing robot, there’s also its “dumb” sibling: an electric care assistance bed with integrated wheelchair. 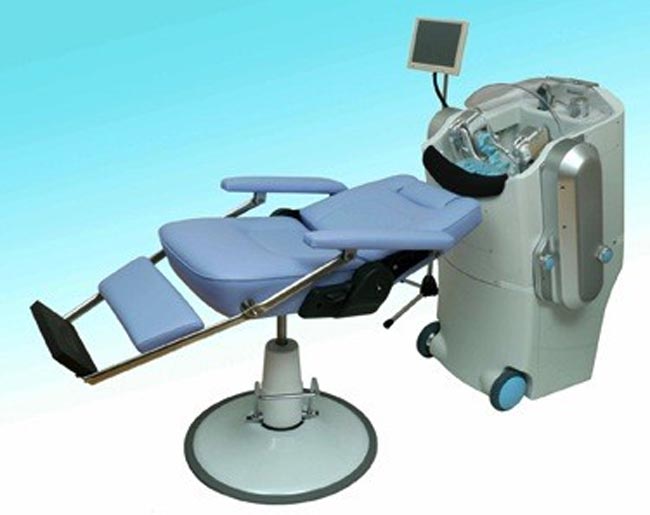 But what is it all for? Medical professionals to look after the old folks are in short supply, so Panasonic thinks robots are the best alternative. A classic example of how appearances can be deceiving, at first glance the hair-washing robot looks like a faucet and sink on two wheels. However, true to the Transformers aesthete there’s more than meets the eye when it comes to its use.

With sixteen fingers and sensors to take a 3D measure of the scalp, the hair-washing robot makes sure the elderly aren’t afflicted with oils and dandruff. It even adjusts its actions to suit specific patients and puts their comfort and ease at the forefront, massages included.

As for the wheelchair bed—it removes the need to carry a senior citizen from wheelchair to bed. Why not integrate the two? Problem solved.

To be honest, we’re a little keen on the hair-washing robot. Perhaps a commercialized version will retail soon?