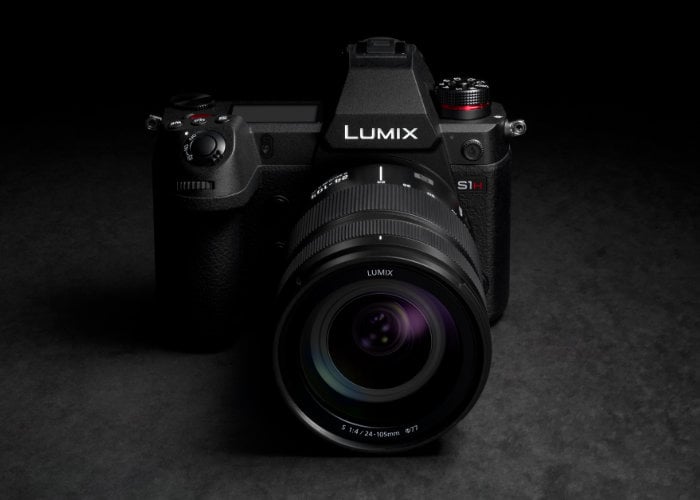 Panasonic has been showcasing their new Lumix S1H prototype at the 2019 Cine Gear Expo, which took place in Los Angeles last week running from May 30th to June 2nd, 2019. The new Lumix S1H camera will be launching during the fall 2019 and will be priced from $4000 offering 6K video at 24fps together with a wealth of other features including 6K/24p at a 3:2 aspect ratio or 5.9K/30p at 16:9. Check out the video below for a sneak peak at what you can expect from the Lumix S1H camera.

The LUMIX S1H features V-Log/V-Gamut with a wide dynamic range of 14+ stops. In every S1H recording mode, video can be recorded non-stop under the certified operating temperature so the user can concentrate on shooting. Panasonic now offers three innovative models in the LUMIX S Series of full-frame Digital Single Lens Mirrorless cameras – the S1R, the S1, and the new S1H.

“Panasonic Corporation is proud to announce the newest addition to the LUMIX S series, the LUMIX S1H, a new Digital Single Lens Mirrorless camera equipped with a full-frame image sensor capable of video recording at 6K/24p (3:2 aspect ratio), 5.9K/30p (16:9 aspect ratio), and 10-bit 60p 4K/C4K. it combines the video quality of a professional camera and the high mobility of a mirrorless camera.“

The main features of the new LUMIX S1H are as follows:

– High resolution up to 6K for multiple formats.
– Rich gradation and a wide color space virtually equal to those of cinema cameras. The LUMIX S1H will feature V-Log/V-Gamut
– High product reliability that allows unlimited video recording even under high operating temperatures.