At CES Panasonic and Skype have announced a partnership that will allow Skype voice and video calling on any 2011 Panasonic VIERA CAST-enabled Blu-ray Disc Player.

Skype-to-Skype voice and video calls are completely free. Calls to landline or mobile rates use Skype’s low rates with other options including:  receiving inbound calls, voicemail, and conference calls with up to 24 other parties. 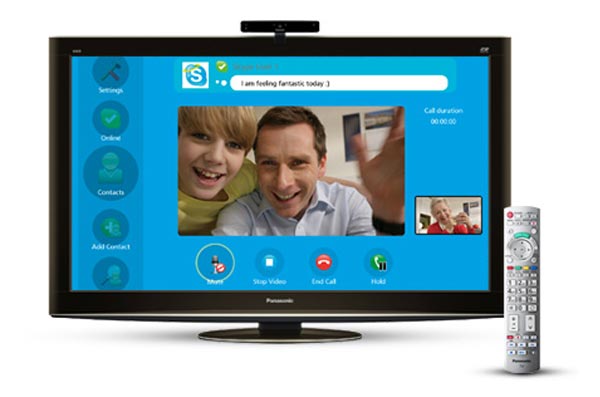 No computer is require to setup the Skype connection all you need is a VIERA CAST-enabled Blu-ray Disc Player, HDTV and a Skype compatible web camera and of course and Internet connection. Some of the new Panasonic Blu-Ray players will come with built-in WiFi, while others will require a wired connection or wireless adapter to make the connection needed.