Panasonic has announced that it will be working with NHK to produce a new plasma TV which will measure a massive 145 inches, and will come with a whopping 8K resolution.

The hew Panasonic 145 inch plasma TV will feature a resolution of 7680 x 4320 pixels, which is known as Super Hi-Vision in Japan, and it will be the worlds first 8K display that doesn’t need a backlight. 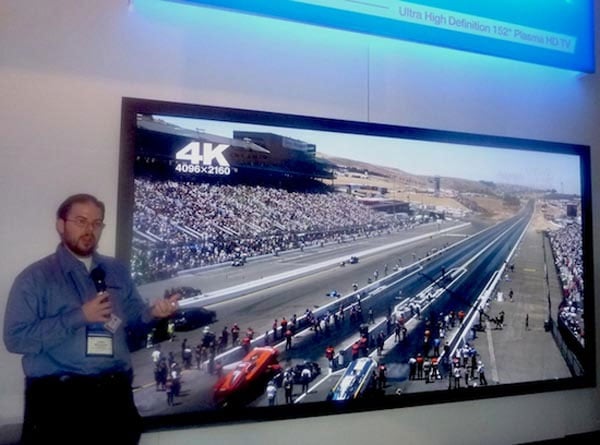 Panasonic have yet to release any photos of this new massive 145 inch plasma TV, and we suspect this could end up being one of the most expensive plasma TV’s when it is released.

The Image above if of Panasonic’s previous 152 inch Plasma which you can see here.