You’ve probably used Shazam at least once in the couple of years it’s been out if for no other reason than to see if the audio recognition software works as well as it claims to. It’s a neat little too that hasn’t been explored much beyond the song and television realm, although that’s about to change. The Palantir iOS app uses audio recognition to ease your gaming experience like never before. 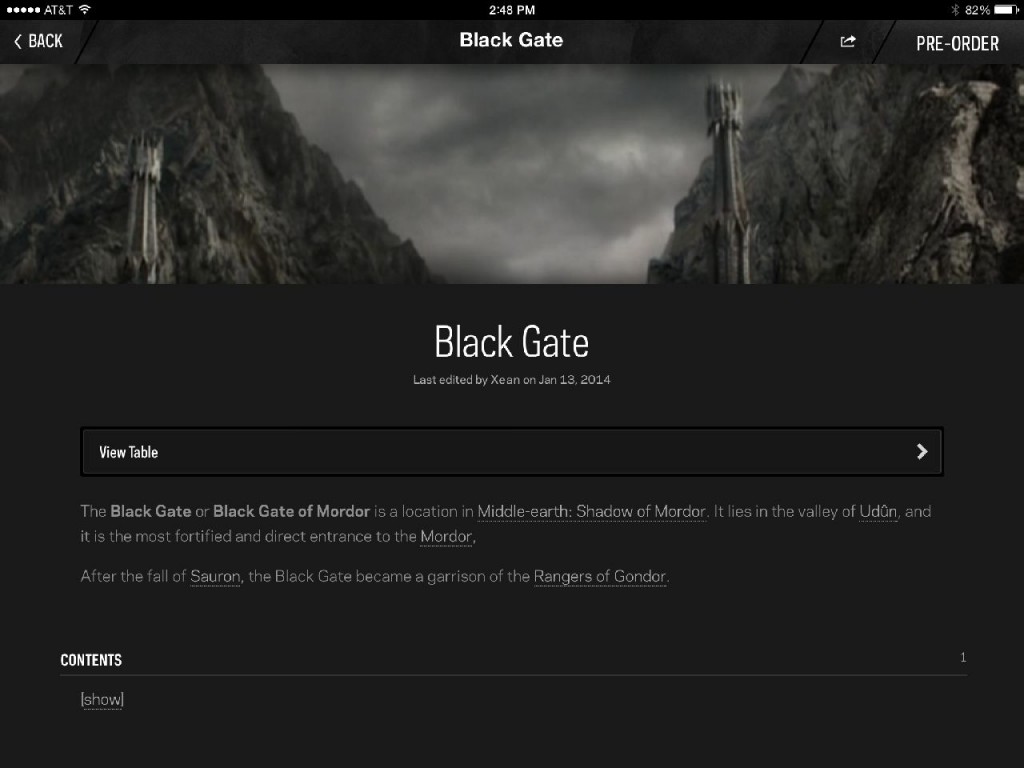 It works by listening to the game you’re playing and then pulling up relevant content like lore and guides that can give you more information and/or help you better your gameplay. The content is grabbed from Wikia, which has various sites strictly reserved for individual games at times. It could drastically cut down the amount of time you have to spend surfing the web for information regarding your favorite game genres.

The app is set to come out alongside Middle-earth: Shadow of Mordor, a new Lord of the Rings game whose seeing stone system is where the app derives its name from. We don’t know if the app will work for other games at launch, but if they’re smart they’ll start increasing its catalogue immediately.