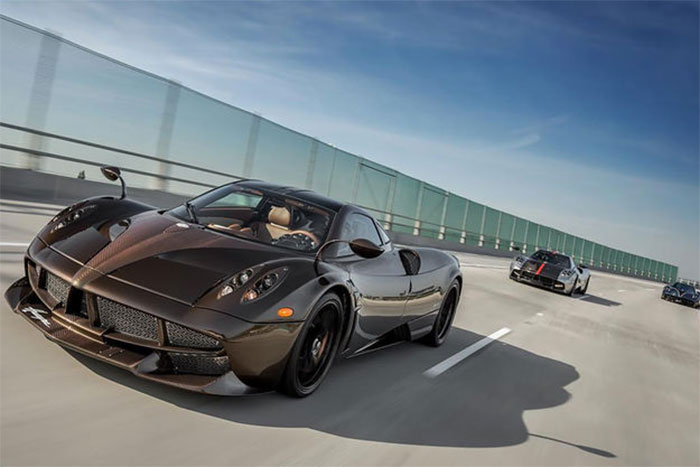 If you have the money to plunk down the loot for a Pagani, you are very well to do. When you can plunk down the money for a Pagani Huayra and it is the only Hermes edition ever made, you have serious cash. That is exactly what a real estate developer called Manuchehr “Manny” Khoshbin was able to do.

Manny bought his Huayra and then had a custom Hermes interior put into the car. Even the shift knob says Hermes on it. If you aren’t familiar with the Hermes brand, a single bag can cost $10,000. Imagine what an entire automotive interior would cost. Brown isn’t a color I would normally think of as being cool on a supercar, but it certainly works on this Huayra.

The Huayra coupe also features the Tempesta package that launched earlier this year at the Geneva auto show. That package gets an improved aerodynamics package, upgraded suspension, new exhaust, and different wheels. The base Huayra goes for around a million bucks and that Tempesta package sells for $182,000. Small change if you can afford the car to start with. No word on the cost of the Hermes modifications.