With the release of the new Pacific Rim movie nearly upon us and arriving in theatres on July 12th 2013 a new trailer has been released to whet your appetite a little more before the films official launch.

If you haven’t heard about the new Pacific Rim movie its set in the near future where soldiers pilot giant robots into battle against invading giant monsters called “Kaiju” which have risen from a portal in a crevasse beneath the Pacific Ocean. 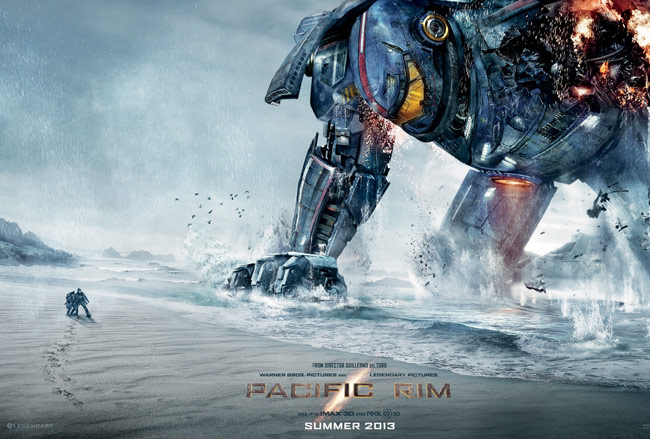 “To combat the monsters, a special type of weapon is designed: Santos massive robots, known as Jaegers, which are controlled simultaneously by two pilots whose minds are locked in a neural bridge. But as the war continues, even the Jaegers struggle to win the war against a relentless enemy. Against all odds, the remaining forces of mankind must now make a final stand against the mounting apocalypse.”