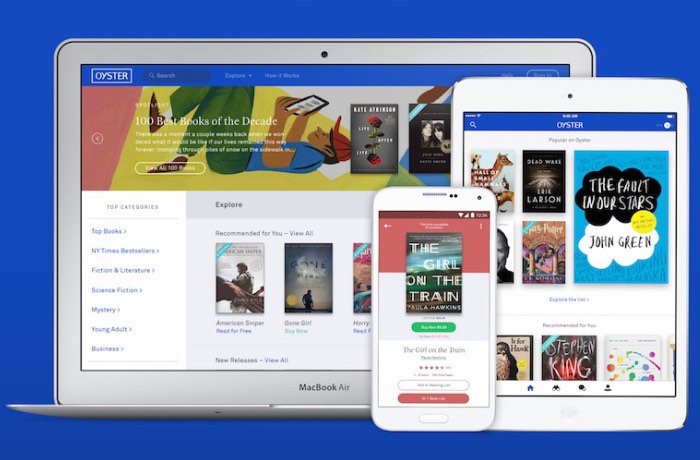 The Oyster E-Book subscription service that launched a Netflix style e-book service application roughly 2 years ago has today announced via its blog that the service will be shutting its doors in early 2016.

It is being reported by the Re/code website that the co-founders of Oyster Eric Stromberg, Andrew Brown, and Willem Van Lancker have been hired by Google, but these reports have not been confirmed by either party.

The start-up raised 17 million in funding according to the CrunchBase records and today the company published a statement via their blog :

As an Oyster reader, rest assured, nothing is changing regarding your account today. The existing Oyster service will be sunset in early 2016. If you’ve purchased a book or are an Oyster Unlimited subscriber you will receive an email regarding your account in the next few weeks. You will be able to access and read purchased books indefinitely. If you would like to request a refund at any point please email refunds@oysterbooks.com.

For more information on the Oyster closure jump over to the official website for more details.