French car audio manufacturer, Oxygen Audio, has released details of a new car stereo that integrates the Apple iPhone, it will be demoed at CES 2011 in January, the O’Car System.

The O’Car System, as you can see in the photo features a front plate that you snap your iPhone into, the phone can then be swivelled vertically and horizontally. 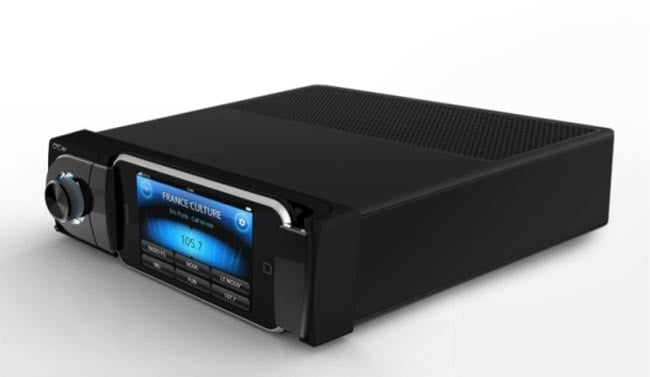 Once the iPhone has been plugged into the car stereo, the stereo uses the iPhone software platform, so you will be able to use a range of applications in conjunction with the stereo, like GPS, and music apps, and everything is controlled by an application that is downloaded to your iPhone.

It certainly looks very interesting, and it will go on sale in the first quarter of 2011 for $299.