One of the nice features about the PS4 that Sony added was a hard drive that is user serviceable. That means the user can easily change out the hard drive on the game console without voiding their warranty. Other World Computing, better known as OWC has announced a new PS4 hard drive update kit that comes with everything the DIY type needs to get more performance and more storage in their PS4. 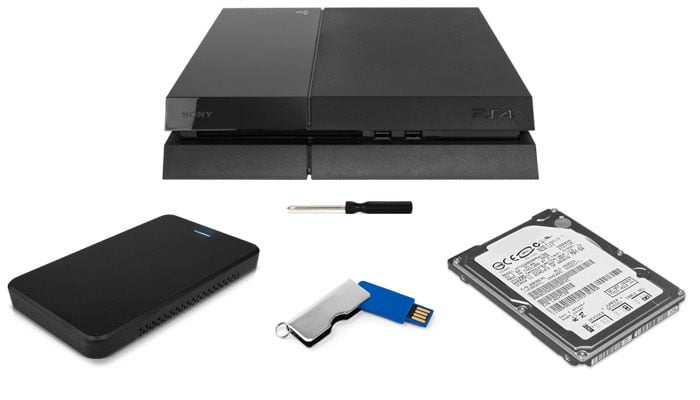 The kit comes with everything needed to upgrade the PS4 storage system including a hard drive or SSD. The kit also comes with software for transferring data, a screwdriver, flash drive, and instructions. It also includes a new external USB HDD enclosure so you can use the old HDD you take out of the PS4. There are four different upgrade kits to choose from.