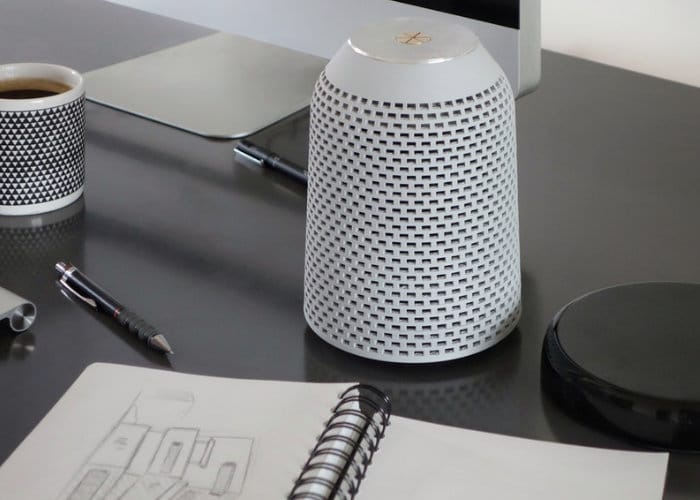 A development team based in France has created a new customisable smart speaker system called the OWA smart speaker, which not only provides a Bluetooth speaker but also a sunrise alarm clock, that can be customised using 3D printing technology. Customers simply choose their colour, shape and pattern and the company will create your custom 3D speaker enclosure to suit your style and home.

The OWA smart speaker has this week launched via Kickstarter with the aim of raising €75,000 over the next 35 days, with pledges are available for early bird backers from €199. If all goes well, and the Kickstarter campaign is successful delivery of the customised, partly 3D printed speaker is expected to take place during December 2018. Watch the promotional video below to learn more about the unique manufacturing process being used by the OWA team.

The OWA Bluetooth speaker offers users 20 watts of power and is equipped with 2 ×10 watt speakers, offering the ability to provide 360 degree surround sound, as well as support for Bluetooth 4.1 connectivity. The internal rechargeable battery is capable of providing over 10 hours of use from a single charge and the internal light is capable of providing atmospheric lighting. The same light can also be used as a sunrise alarm clock, to allow you to wake-up via a natural dawn simulator combined with your favourite morning song.

The team is currently working on a companion application that will be supported by both iOS and Android devices providing further customisation and the ability to set alarms, link music and more. For more details and full specifications as well as all available pledge options jump over to the official Kickstarter campaign page by following the link below.