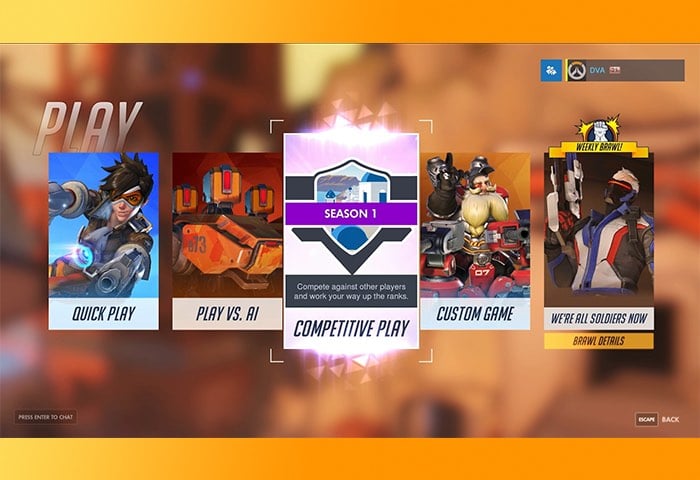 As you might already know the latest game mode rolled out to Overwatch is locked until your character reaches level 25, after which you will be able to enter the mode via the “Play” button in the main menu.

Blizzard has made it possible for you to either join on your own or within a group and Overwatch’s matchmaking system will automatically find the best game possible depending on your skill level, says Blizzard. Blizzard explains a little more about the skill rating they have adopted for the Overwatch Competitive Play mode and the season that each last 2.5 months:

Before you can kick off your competitive career, every new player must first complete 10 placement matches in order to obtain their initial skill rating. This rating will be a number between 1 and 100, with higher values indicating a greater skill level. Skill ratings will be visible at the beginning of every match. As you compete, your rating will increase or decrease with each win or loss based on a number of factors, including your own performance and the skill of the other players in the match.

Competitive Play will consist of four seasons, each lasting two and a half months. During that time, players can increase their skill rating and battle their way up the ranks before the stats are reset at the end of the season. This is followed by a two-week offseason, after which a new season will commence, beginning with a new set of placement matches. The names of these seasons, along with their schedule, will mirror the seasons in the northern hemisphere—and the Summer 2016 season is already underway!

For full details on everything you need to know about the Overwatch Competitive Play, now available to enjoy on PC systems, and will soon be available on the PS4 and Xbox One, jump over to the official Overwatch website via the link below.