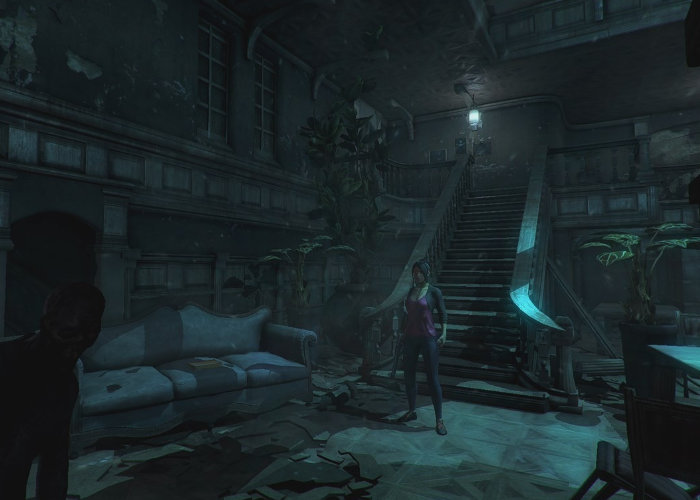 “As the city burns and the countryside is engulfed by the epidemic, you’re now alone and forced to live with this new reality. Monstrous beasts and disfigured remnants roam freely with their numbers increasing rapidly. Scattered and separated from your fellow survivors, you’ve fled into a large manor estate to escape the relentless horde. Your only goal now is survival. Explore the manor, locate supplies and find a way to wake from this nightmare. But somehow… you know your fate is already sealed. “

“Featuring classic hardcore survival horror gameplay in a directed single-player experience, you’ll need to stay on your toes to stay alive. You have a limited inventory and you’ll need to leverage supply caches to store your equipment for use later. Saving your game is also highly restrictive and you’ll need to locate the means to record your progress as you explore. Lydia’s adventure is just the beginning… can you survive the chronicles and determine the fate of the other survivors? Story Mode: Survive through a classic single-player survival horror experience. Battle Mode: Tough as nails action mode where you scrounge and fight to reach the exit. Cinematic: Experience your last moments through fixed cameras and beautiful environments. Explore: Search rooms and read logs to find keys and solve puzzles to survive. Fight or Flee: Engage threats directly or run away to safety in another room.”