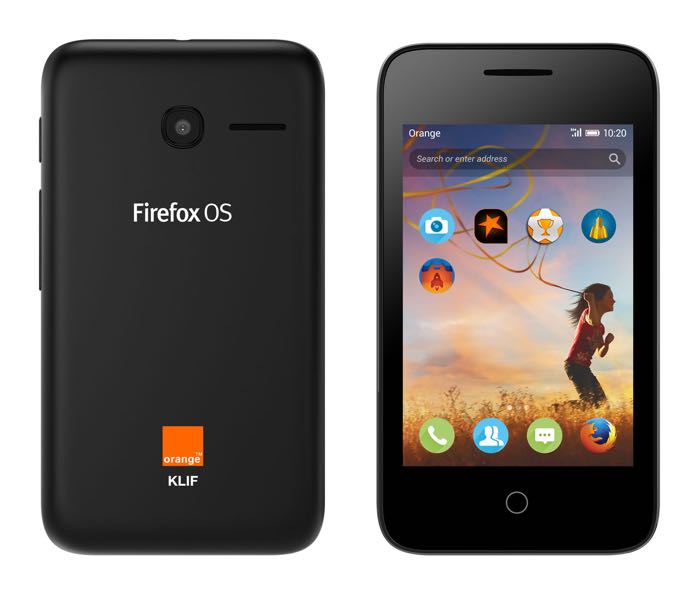 Mozilla has announced that Orange has launched their first Firefox OS smartphone in Africa, the handsets are also launching in the middle east as well.

The Orange Firefox OS smartphone was announced at Mobile World Congress earlier this year as the Orange Klif, which is basically an Alcatel OneTouch handset.

“We are pleased to partner with Orange to bring the the mobile Web to users in a substantial number of new growth markets across Africa and the Middle East said Andreas Gal, CTO of Mozilla. “I’m also thrilled to see how the imminent arrival of Firefox OS has created excitement in the local Mozilla communities.”

The Orange Klif Firefox OS smartphones comes with a 3.5 inch HVGA display and a dual core 1GHz processor, the device also comes with 256MB of RAM and 512MB of storage, there is also a microSD card slot which takes up to a 32GB card.

Other specifications in the device include a 1300 mAh battery, a dual SIM car slot, 3G and Firefox OS 2.0, you can find out more details over at Mozilla at the link below.