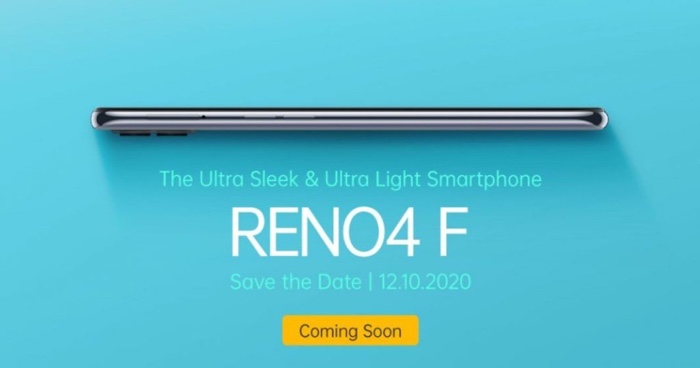 It looks like Oppo is getting ready to launch a new smartphone, the company will launch the Oppo Reno 4F on the 12th of October.

The handset will apparently be launching in Indonesia and the device is said to come with 4GB of RAM and 128GB of storage, it could be a rebranded version of the Oppo F17.

As a reminder the Oppo F17 comes with a 6.43 inch Super AMOLED display that has a resolution of 2400 x 1080 pixels and it comes with a Mediatek Helio P95 mobile processor.