Valve has today announced the launch of Operation Payback a collection of 7 top rated community maps, which are now available to play on official servers. 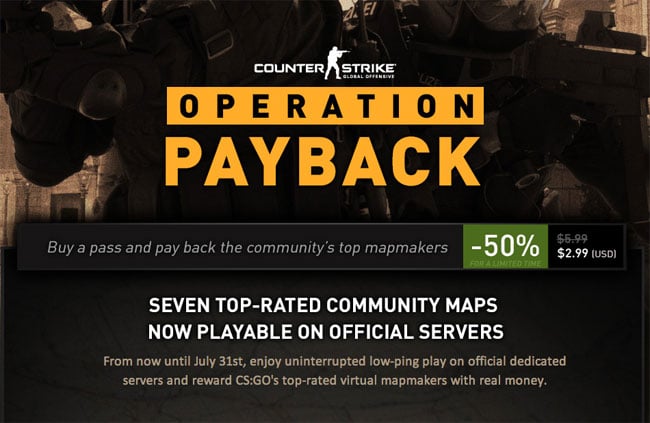 “Operation Payback is the first of an ongoing series of limited-time updates aimed at rewarding CS:GO’s most popular mapmakers. For just $2.99, you’ll get unlimited access to a Classic Casual map group featuring top-voted community maps hosted on dedicated servers. You can also invite your friends to your “Operation Payback” games, even if they don’t have a pass.”

“Contributors to Operation Payback will get a one-of-a-kind upgradable challenge coin, viewable wherever your avatar is shown. Let everyone know you support Counter-Strike’s mapmaking community with a bronze coin–then battle your way to a gold to let them know you kicked those maps’ asses.”

For more information on the new Operation Payback jump over to the Valve website for details.