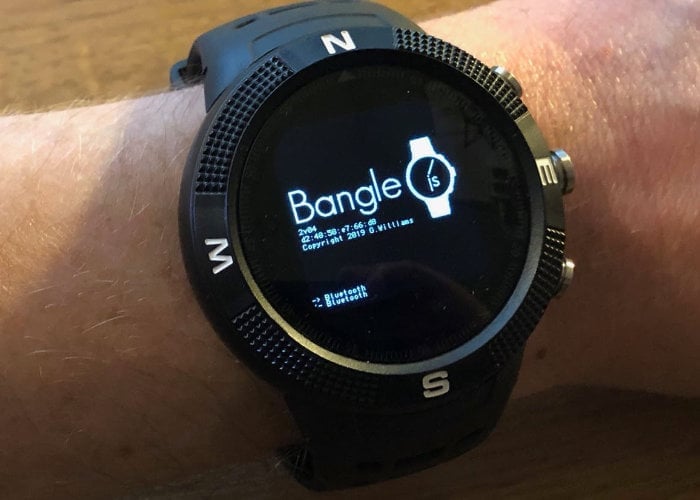 After a successful crowdfunding campaign the fantastic open source smartwatch which is completely hacker bore and programmable has now made the jump from concept to production. If you missed out on the Kickstarter campaign the Bangle.js smartwatch is now available to pre-order from the Espruino shop priced at £70 or approximately $92. 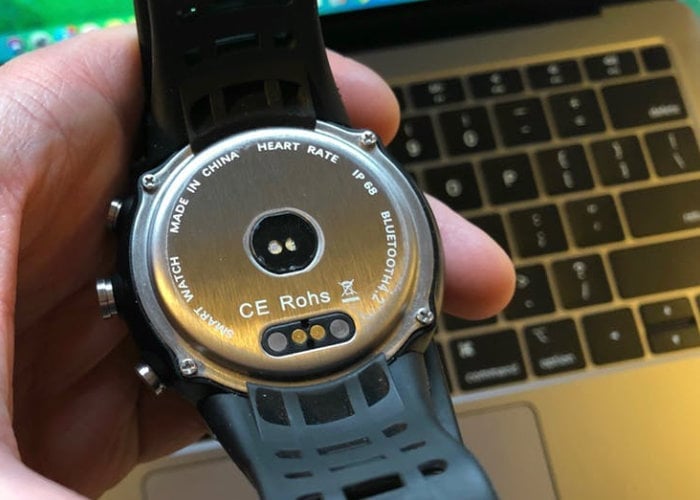 The JavaScript powered smartwatch has been put through its paces by Alasdair Allan over on the Hackster.io website providing a good overview and hands on early review what you can expect from the Bangle.js smart watch which was launched during the Nodeconf EU conference recently held in Ireland.

Alasdair Allan explains a little more about the programmable smartwatch. “The 350 mAh battery doesn’t quite manage the promised week of standby time, however I’ve generally been getting three or four days out of the watch between charges. The watch charges using the supplied USB magnetic cable, snapping to the two contacts on the back of the watch. Charging is fairly rapid, going from flat to full in around half an hour. But as I mostly put it on charge, and then forget about it on my desk for a couple of hours, so when I get up to go somewhere it’s charged, it’s not really been an issue for me.”

For a full hands-on review of the Bangle.js smartwatch jump over to the Hackster.io website for Alasdair Allan full rundown by following the link below.