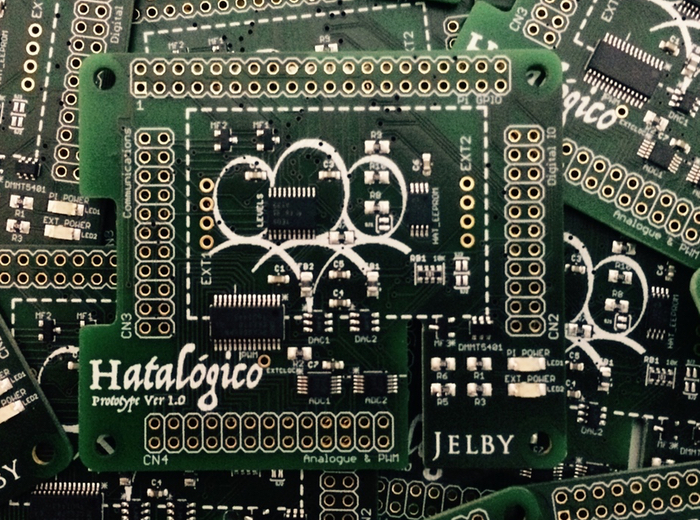 John Lumley has created a very versatile open source HAT called the Hatalogico which he has designed to be used with the awesome Raspberry Pi mini PC.

Hatalogico is packed with features that will help you create projects from building your own 3D printer to creating a Raspberry Pi empowered quad copter, robot or other multifunctional project you might have in mind.

Features of the Hatalogico include 16 PWMs, 8 ADCs and dual-voltage communications and its creator explains more in the video below.

“The Raspberry Pi is an incredible piece of kit, if you’re viewing this campaign you probably already know that. And if you’re only interested in software then the RPi 2 release likely fulfils all of your dreams. However, I still keep reaching for an additional microprocessor when it comes to getting the I/O I need. 1 true PWM pin and no analogue inputs is a real limitation. Imagine trying to build a robot/rover, quadcopter or even a basic control panel with such limited I/O.

So, I have designed an open-source ‘Hat’ for the Raspberry Pi which gives my beloved Pi I/O options that offer more than the Arduino Uno (which is the most common form-factor of the microprocessor I frequently use).

Features of the Hatalogico board:

There are power input pins to power the the whole stack without plugging in the micro-USB – but it is recommended that such a supply is 1.3A minimum with 2A preferred. There is also an area to add an expansion board (marked with a white dotted line in the photographs) and a restricted EEPROM as per the ‘Hat’ specification. “

For more information on the new Raspberry Pi HAT jump over to the Kickstarter website for details via the link below.