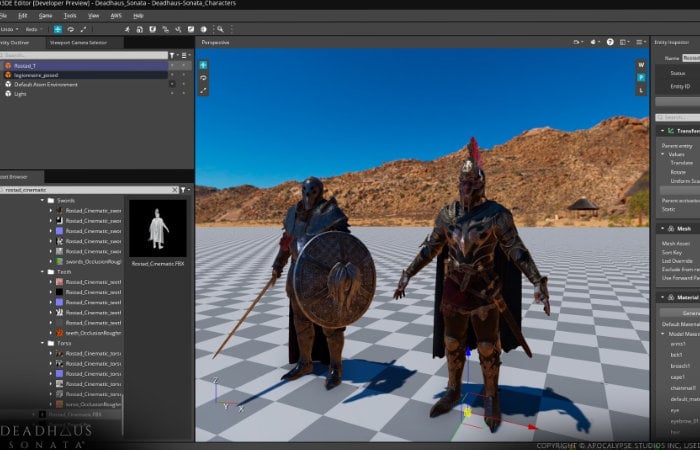 In conjunction with the announcement of the new Open 3D Foundation created to help accelerate game and simulation development, Amazon has announced it has opened sourced its in-house Lumberyard game engine. The Linux Foundation will manage the project through their new Open 3D Foundation and Amazon Web Services, has made available its Amazon Lumberyard game engine as the Open 3D Engine (O3DE), under the permissive Apache 2.0 license.

The O3DE community is hosting O3DECon on October 12th and invites the wider open source engine community to attend, contribute and learn more about the future of the foundation. Find out more about registration by following the link below.

“We’re proud to offer the 3D development community an unencumbered, AAA-capable, real-time 3D engine with one of the broadest arrays of integrated 3D authoring tools in the industry including a new photorealistic renderer, built for both modern gaming hardware and distributed cloud rendering,” said Bill Vass, VP of Engineering at AWS. “We believe that creating a first-class, community-driven, open-source option will revolutionize real-time 3D development, as Linux did for operating systems and Apache did for the web.”

“The new Open 3D Foundation finally gives gaming and engine developers an opportunity to influence the direction of a major AAA class 3D engine that is sustained for the long term by a worldwide open source community,” said Chris Aniszczyk, CTO, Linux Foundation. “Furthermore, other industries such as automotive and healthcare can take advantage of embedding the engine and supporting the advancement of the engine to benefit all.”