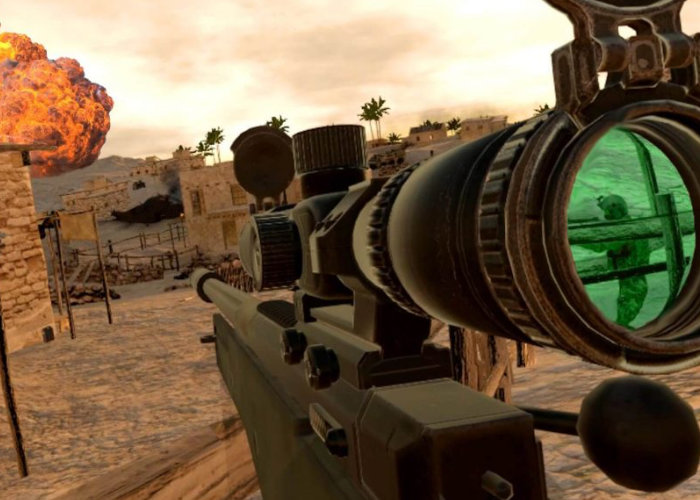 Onward the tactical virtual reality, multiplayer first person shooter specifically developed for VR headmounted displays, will be arriving on the Oculus Quest platform later this month. “Become fully immersed in the firefight! Onward is a Mil-sim multiplayer first person shooter built for virtual reality. Work closely with your team in the heat of battle and engage in the most realistic combat experience available in gaming today.”

Created by the games development team at Downpour Interactive, the game has very positive reviews on Steam after being made available for the Valve Index, HTC Vive and Oculus Rift headsets. Onward will be available in Early Access when it first launches on the Oculus Store later this month on July 30th, priced at $25.

Features of Onward include :

Solo and co-op game modes
Take on AI enemies to hone your skills against our AI opponents. Chase down all enemies in the a Hunt, or hold off the enemy forces as you wait for your extraction in an Evac mission. Explore maps freely or go to the shooting range to familiarise yourself with the wide variety of weapons in the game, all of which are unique and require knowledge to operate.

Multiplayer battles with up to ten players
Take to the online battlefield in a high stakes clash with up to ten people and best your enemies on a strategic and tactical level. Choose one of three objective based modes where you need to fight for control over an Uplink station, get the VIP to safety (or prevent it), or secure an area long enough to upload a code through your tablet.

Two unique factions with a wide variety of weapons
Onward focuses the battle between the modern militaristic MARSOC faction which has access to modern weapons including the AUG, M16, M1014 P90 and the M249 light machine gun and the insurgent Volk forces who utilise weapons such as the AKS74U, the Makarov, and even an RPG launcher. This is only a small sample of what awaits in game.

Community created content
Create your own battlefields in Onward by building custom maps and using them in the game. We actively support the creative forces in our community with developing unique content for the game.