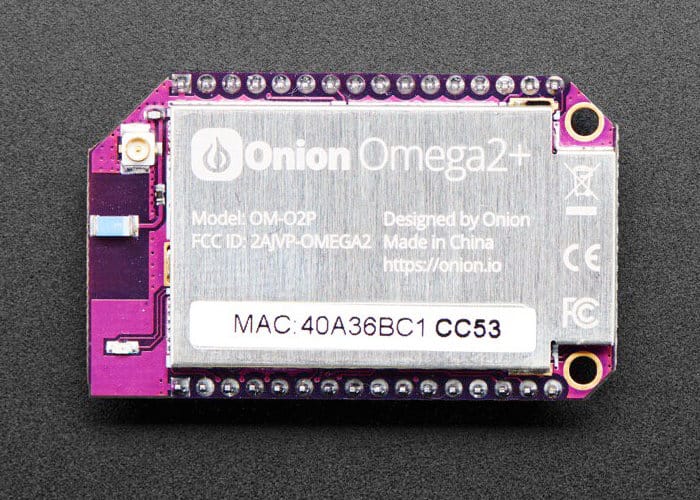 Makers, hobbyists and developers looking for a Linux based Internet of Things computer may be interested in the new Onion Omega2 maker and starter kits, now available to purchase directly from the Adafruit online store. The The Onion Omega2 positions itself between micro controllers such as the Arduino and the mini PC such as the Raspberry Pi, offering a small development board combines the power-efficiency of the Arduino and the flexibility of the Raspberry Pi that can be powered by a battery.

The development board supports a wide variety of IoT and programming languages including Python, C++, Node js, php, Bash, Ruby, Perl, Lua, G, and more. Adafruit explains a little more about what you can expect from the Onion Omega2 hardware. “It runs Linux, but isn’t going to replace your desktop computer. It’s low power and has a static filesystem, but still requires some time to boot up. It’s based on the MediaTek MT7688, a WiFi SoC that was initially designed for devices like WiFi routers or complex IoT devices. It comes with a variant of OpenWRT (nicknamed Onion OS) that is a slimmed down version of Linux. It’s not going to run node.js or minecraft but it is Linux. So, you get WiFi built in, and a full TCP/IP stack with SSL/TLS with all the scripting/programming language support that you expect.”

The Onion Omega2+ Maker Kit priced at $175 and the Onion Omega2+ Starter Kit priced at $125 are now available to purchase directly from the Adafruit online store and are perfect for those of you developing IoT applications and projects. “Unlike a Raspberry Pi, you don’t get a desktop or even a console on HDMI. Instead, you use a serial connection/ssh and the command line, or the simplified webpage interface to program it. So it’s good if you have a bit of experience with those things!”

For more information and full specifications and purchasing options jump over to the official Adafruit online store by following the link below.